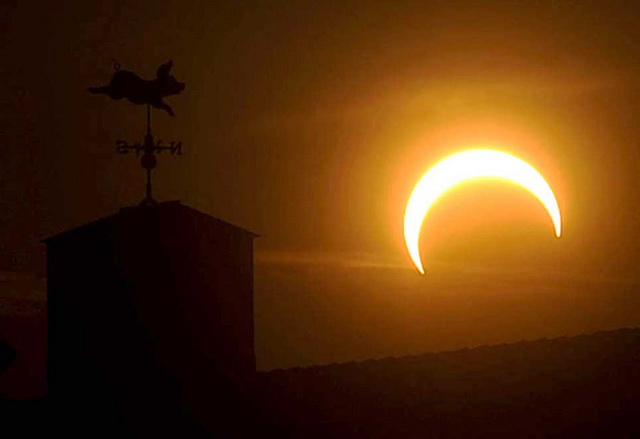 An annular eclipse appears Sunday, May 20, 2012, in Amarillo, Texas. The annular eclipse, in which the moon passes in front of the sun leaving only a golden ring around its edges, was visible to wide areas across China, Japan and elsewhere in the region before moving across the Pacific to be seen in parts of the western United States. (AP Photo/The Amarillo Globe News, Roberto Rodriguez)